A Bowie Dick (BD) test is used to check for proper chamber air removal in vacuum steam sterilizers (commonly referred to as pre-vac or high-vac sterilizers). If the BD test passes, it tells the laboratory that there has been sufficient air removal to achieve required steam penetration into a standard load.

It is important to remember that Bowie Dick tests are not recommended for use in any other type of sterilizer! 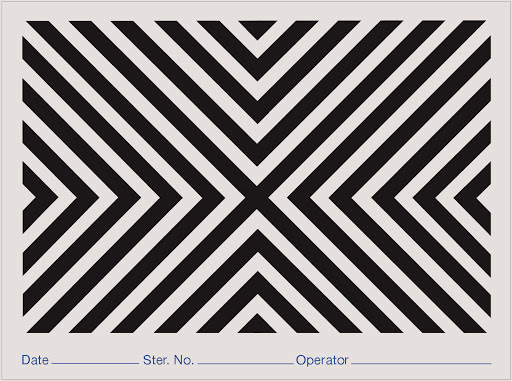 Most hospitals routinely run one Bowie Dick test in each vacuum sterilizer each day. While not absolutely required, it is a good idea that the test be run at the same time each day after the sterilizer is warm. It is important the the test not be run in a cold sterilizer. If a sterilizer has not been used within an hour prior to doing the Bowie Dick test, the chamber should be preheated to operating temperature by running at least one empty chamber cycle. A test run from a cold start may produce false failures. The warm-up cycle will also ensure that any air is cleared out of the lines.

Numerous manufacturers throughout the world make and sell Bowie Dick tests directly to end users and through several distribution channels. Each manufacturer uses the same basic process of placing heat sensitive inks onto the commercial paper in various patterns.

For more information on Bowie Dick Testing or service give us a call.